The 14th Amendment granted U.S. citizenship to former slaves and contained three new limits on state power: a state shall not violate a citizen’s privileges or immunities; shall not deprive any person of life, liberty, or property without due process of law; and must guarantee all persons equal protection of the laws.

The landmark Supreme Court case Gideon v. Wainwright examines the impact that one event can make on the Constitution through the judicial process. This lesson is designed to give students an opportunity to interact with the Constitution

This lesson explores these questions: “Does the Constitution require that every person’s vote count the same as another person’s vote? Why would that be important?”

Three key components of the Fourteenth Amendment – due process, equal protection, and privileges and immunities – are explored in this lesson.

This lesson teaches about the cause-and-effect relationships between historical events and the development of constitutional principles that protect the rights of all people in America today.

Through the lesson, students gain insight into decision-making at the Supreme Court, learn about the people behind the case, construct a persuasive argument, and evaluate the significance of Brown v. Board of Education.

Justice Kennedy discusses the ruling in Yick Wo v. Hopkins in which the U.S. Supreme Court decided that the unequal application of a law violated the 14th Amendment. 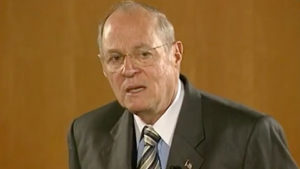 Incorporating three integral constitutional tenets – due process, equal protection, and privileges and immunities – the 14th Amendment was originally intended to secure rights for former slaves, but over the years, it has been expanded to protect all people. Justice Ginsburg discusses with students its importance. 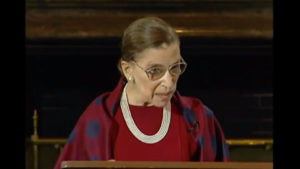 In this documentary, Justices Sandra Day O’Connor and Stephen G. Breyer and other experts discuss how the principle of one person, one vote emerged from a series of landmark decisions in the 1960s, including Baker v. Carr and Reynolds v. Sims. 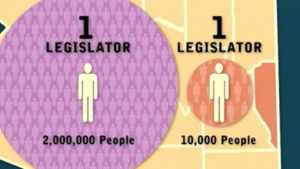 This documentary explores the landmark case Korematsu v. U.S. (1944) concerning the constitutionality of presidential executive order 9066 during World War II that gave the U.S. military the power to ban thousands of American citizens of Japanese ancestry from areas considered important to national security. 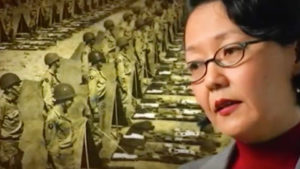 This documentary tells how an African American construction worker’s personal-injury lawsuit against his employer evolved into a landmark jury selection case Edmonson v. Leesville Concrete Co. on the Sixth Amendment right to an impartial jury. 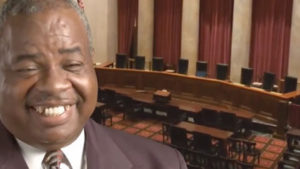 After the attack on Pearl Harbor, the U.S. government sent people of Japanese ancestry to internment camps. The U.S. Supreme Court upheld the government’s right to restrict the liberty of these citizens and noncitizens in two cases: Korematsu v. U.S. and Hirabayashi v. U.S. 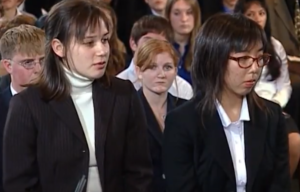 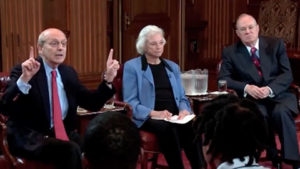 This documentary examines the case Yick Wo v. Hopkins (1886) in which the Supreme Court held that noncitizens have due process rights under the 14th Amendment’s equal protection clause. The Court said that unequal application of a law violated the rights of a Chinese immigrant. 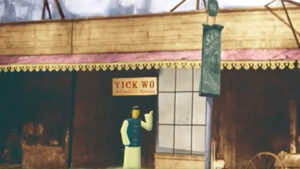 “Thurgood” is a production of the critically acclaimed play starring Laurence Fishburne as the nation’s first African-American Supreme Court justice. 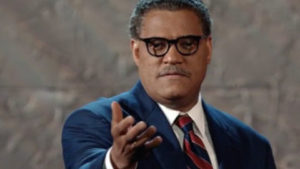 Essential Question: Should the executive branch have the authority to deny individual rights and liberties during times of war, even if it is done in a discriminatory way?