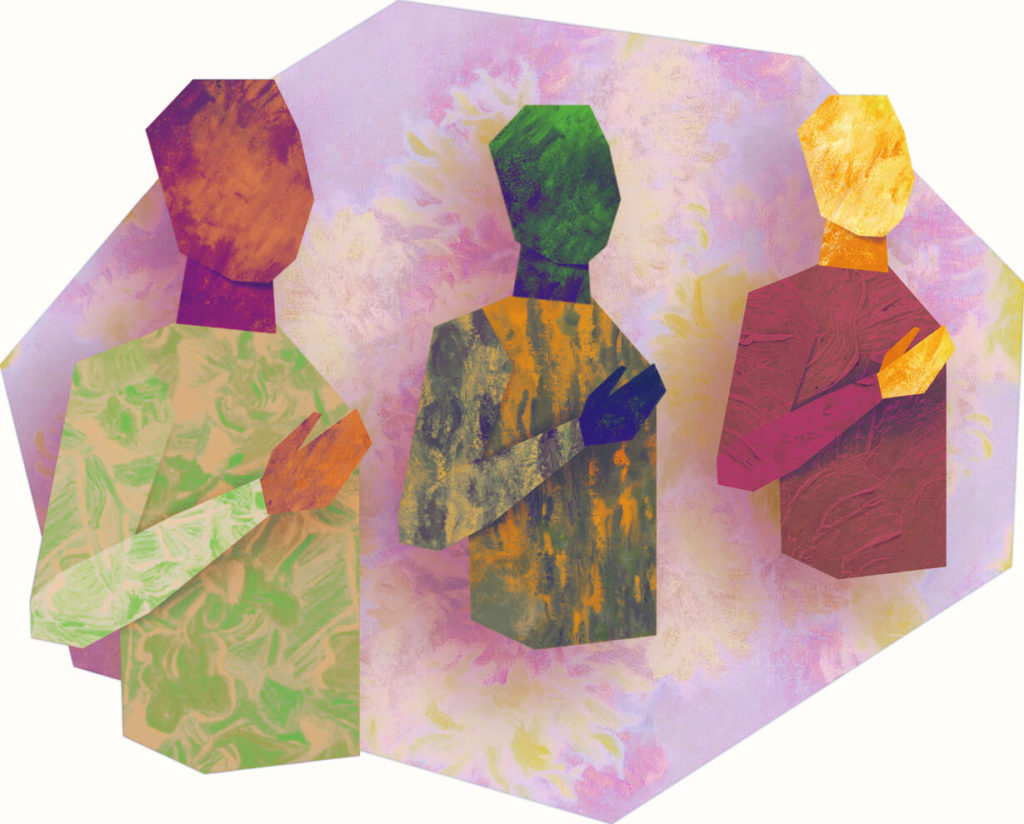 Section 2. Representatives shall be apportioned among the several States according to their respective numbers, counting the whole number of persons in each State, excluding Indians not taxed. But when the right to vote at any election for the choice of electors for President and Vice President of the United States, Representatives in Congress, the Executive and Judicial officers of a State, or the members of the Legislature thereof, is denied to any of the male inhabitants of such State, being twenty-one years of age, and citizens of the United States, or in any way abridged, except for participation in rebellion, or other crime, the basis of representation therein shall be reduced in the proportion which the number of such male citizens shall bear to the whole number of male citizens twenty-one years of age in such State.

Section 3. No person shall be a Senator or Representative in Congress, or elector of President and Vice President, or hold any office, civil or military, under the United States, or under any State, who, having previously taken an oath, as a member of Congress, or as an officer of the United States, or as a member of any State legislature, or as an executive or judicial officer of any State, to support the Constitution of the United States, shall have engaged in insurrection or rebellion against the same, or given aid or comfort to the enemies thereof. But Congress may by a vote of two-thirds of each House, remove such disability.

Section 5. The Congress shall have power to enforce, by appropriate legislation, the provisions of this article.

Because many states continued to pass laws that restricted the rights of former slaves, on June 13, 1866, Congress passed and sent to the states for ratification, Amendment XIV. Ratified on July 9, 1868, the amendment granted U.S. citizenship to former slaves and specifically changed the rule in Article 1, Section 2 that slaves be counted only as three-fifths of a person for purposes of representation in Congress. It also contained three new limits on state power: a state shall not violate a citizen’s privileges or immunities; shall not deprive any person of life, liberty, or property without due process of law; and must guarantee all persons equal protection of the laws.

Guaranteed Rights of Citizenship to all Persons Born or Naturalized: The right of citizenship in the Fourteenth Amendment was intended to overturn the case of Dred Scott v. Sanford, a decision that had long been considered as one of the Supreme Court’s worst mistakes. Dred Scott, born into slavery, argued that he should be granted freedom from the family that claimed ownership over him because he had lived in free states and thus had become a citizen of the United States before returning to Missouri, a state where slavery was sanctioned.

Chief Justice Taney, denying Scott’s appeal, held that African Americans were not citizens, and therefore were “not included, and were not intended to be included, under the word citizens.” By specifically granting citizenship to all persons born or naturalized, the Fourteenth Amendment has not only guaranteed citizenship to former slaves but to most children born within the United States, even if the child’s parents are not and cannot become citizens.

Privileges and Immunities: Within five years of its adoption, the privileges and immunities clause of the Fourteenth Amendment was interpreted very narrowly by the U.S. Supreme Court. In In Re Slaughter House Cases, the Court rejected the argument that the provision gave the federal government broad power to enforce civil rights, finding that to do so would infringe on a power that had and should belong to the states. The Court found that the only privileges protected by the clause are those “which owe their existence to the Federal Government, its National character, its Constitution, or its laws,” all of which are already protected from state interference by the supremacy clause in Article VI. Subsequent cases have recognized several federal privileges such as the right to travel from state to state, the right to petition Congress for a redress of grievances, the right to vote for national officers, and so forth, but other efforts to broaden the meaning of this clause have been rejected.

Procedural Due Process: The Fourteenth Amendment’s due process clause has been interpreted by the courts to provide the same “protection against arbitrary state legislation, affecting life, liberty and property, as is offered by the Fifth Amendment.” This has meant that state laws that take away a person’s property or otherwise jeopardize their life or liberty must afford persons a fair and impartial way to challenge that action.

For example, the due process clause has ensured that people on welfare are able to challenge the loss of their benefits at an administrative hearing, and has meant that parents who are accused of child abuse, or the mentally ill who are being committed will have the opportunity to contest the state’s allegations in a court hearing. Often thought of as a provision that guarantees fairness, the due process clause requires government to use even-handed procedures, so that it is less likely to act in an arbitrary way.

Substantive Due Process: The Supreme Court has found that the Fourteenth Amendment’s due process clause protects individuals from arbitrary state laws or actions that interfere with fundamental liberties. More than offering a process of fairness, courts have found that the Fourteenth Amendment prohibits states from harming an individual’s ability to fully participate in society. Liberty, the Court held in Meyer v. Nebraska, “denotes not merely freedom from bodily restraint but also the right of the individual to contract, to engage in any of the common occupations of life, to acquire useful knowledge, to marry, establish a home and bring up children, to worship God according to the dictates of his own conscience, and generally to enjoy those privileges long recognized at common law as essential to the orderly pursuit of happiness by free men.”

Although the Supreme Court usually presumes that state legislation, particularly economic regulation, is valid since it is the product of a democratic process, the Court has held that substantive due process will provide some protections for parents’ rights to care for their children, a woman’s ability to use contraception and to have an abortion; and other significant freedoms.

Equal Protection of the Laws: Although the Declaration of Independence declared that all men were created equal, many persons living in our early republic, including Native Americans, African-American slaves and women were denied fundamental rights and liberties such as the right to vote, own property and freely travel. The passage of Amendment XIV—particularly the equal protection clause— along with the power of Congress to enforce it, incorporated the Declaration’s ideal into the Constitution. The equal protection clause limits the ability of states to discriminate against people based on their race, national origin, gender, or other status. For example the clause has been used to guarantee voting rights, school integration, the rights of women and minorities to equal employment opportunities and the rights of immigrants to attend public school. The extensive history of litigation under the equal protection clause in fact mirrors the struggle for civil rights of all Americans.

Apportionment and Reapportionment: Article I, Section 2 had initially provided that the number of districts in the House of Representatives would be divided among the states according to a formula in which only three-fifths of the total number of slaves in slave-owning states were counted in the state’s population. Amendment XIV, Section 2 eliminated the three-fifths rule, specifically stating that representation to the House is to be divided among the states according to their respective numbers, counting all persons in each state (except Native Americans who were not taxed). The provision also punished states that did not let all males over the age of 21 vote by reducing their population for purposes of representation in Congress.

With the adoption of the Nineteenth Amendment in 1920, the right to vote in federal elections was extended to women. Eighteen to twenty-one-year-olds became voters in 1971, with the adoption of Amendment XXVI. But language in this section has been used to support the constitutionality of state laws than deny felons the right to vote. Both Sections 3 and 4 of the Fourteenth Amendment affected persons who waged war against the Union during the Civil War and the obligations of those states who had been part of the Confederacy. Amendment XIV, Section 3 prohibits any person who had gone to war against the union or given aid and comfort to the nation’s enemies from running for federal or state office, unless Congress by a two-thirds vote specifically permitted it.

Amendment XIV, Section 4 allowed the federal and state governments to refuse to pay war debts of the Confederate army as well as any claims made by slave owners for their losses when slaves were freed. Lastly, Amendment XIV, Section 5 gives Congress the power to enforce all the provisions within the whole amendment. This gives Congress the power to pass laws that protect civil rights, such as the Civil Rights Act of 1964 or the Americans with Disablilities Act of 1990.