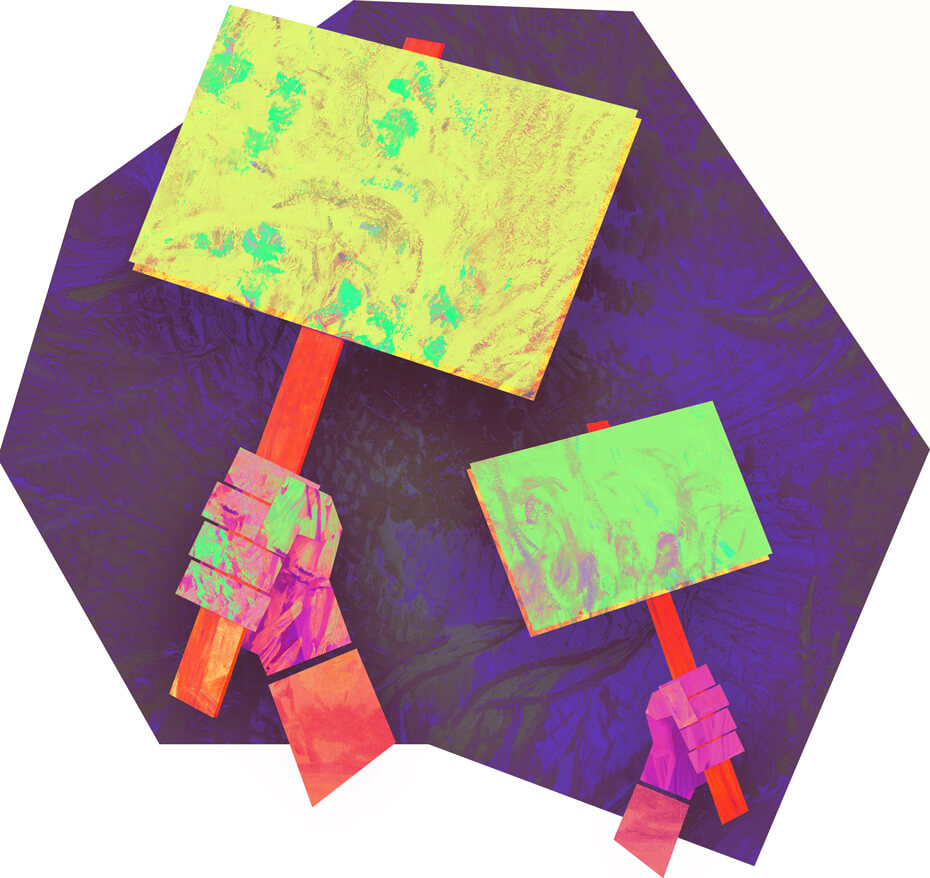 Congress shall make no law respecting an establishment of religion, or prohibiting the free exercise thereof; or abridging the freedom of speech, or of the press; or the right of the people peaceably to assemble, and to petition the Government for a redress of grievances.

11On September 25, 1789, Congress transmitted to the states twelve proposed amendments. Two of these, which involved congressional representation and pay, were not adopted. The remaining ten amendments, known as the Bill of Rights, were ratified on December 15, 1791.

Freedom of Speech and of the Press: The First Amendment allows citizens to express and to be exposed to a wide range of opinions and views. It was intended to ensure a free exchange of ideas even if the ideas are unpopular.

Freedom of speech encompasses not only the spoken and written word, but also all kinds of expression (including non-verbal communications, such as sit-ins, art, photographs, films and advertisements). Under its provisions, the media— including television, radio and the Internet— is free to distribute a wide range of news, facts, opinions and pictures. The amendment protects not only the speaker, but also the person who receives the information. The right to read, hear, see and obtain different points of view is a First Amendment right as well.

But the right to free speech is not absolute. The U.S. Supreme Court has ruled that the government sometimes may be allowed to limit speech. For example, the government may limit or ban libel (the communication of false statements about a person that may injure his or her reputation), obscenity, fighting words, and words that present a clear and present danger of inciting violence. The government also may regulate speech by limiting the time, place or manner in which it is made. For example the government may require activists to obtain a permit before holding a large protest rally on a public street.

Freedom of Assembly and Right to Petition the Government: The First Amendment also protects the freedom of assembly, which can mean physically gathering with a group of people to picket or protest; or associating with one another in groups for economic, political or religious purposes.

The First Amendment also protects the right not to associate, which means that the government cannot force people to join a group they do not wish to join. A related right is the right to petition the government, including everything from signing a petition to filing a lawsuit.

Second, the establishment clause prevents the government from creating a church, endorsing religion in general, or favoring one set of religious beliefs over another. As the U.S. Supreme Court decided in 1947 in Everson v. Board of Education of Ewing Township, the establishment clause was intended to erect “a wall of separation between church and state,” although the degree to which government should accommodate religion in public life has been debated in numerous Supreme Court decisions since then.